The Block - Open for inspections

The Block 2019 fans were queuing in the cold overnight to ensure they had the chance to check out the the Oslo terrace houses, which were open for inspection on Sunday, October 20th at 10am. Several of the roads surrounding Grey Street in St Kilda were closed to accomodate the large crowds.

MC Traffic were enlisted by Channel 9 to manage the traffic for the event, and required reliable protection against an errant vehicle. Large crowds such as this are known to be a target for hostile vehicle attacks.

MC Traffic chose to use Saferoads to provide a crash tested barrier for the closed roads, that would ensure the safety of the crowds in the event of an errant vehicle, but also one that did not restrict the flow of the crowds.

The OmniStop Portable Bollard System was unveiled at a public event for the first time at the Block open for inspections.

Event management could rest assured that the Block fans were protected from the entrance of dangerous driver, because the OmniStop Portable Bollard System is fully crash tested.

The system did not slow the entry or dispersement of the large crowds, and the access gates allowed for the fast entry of an ambulance if needed. 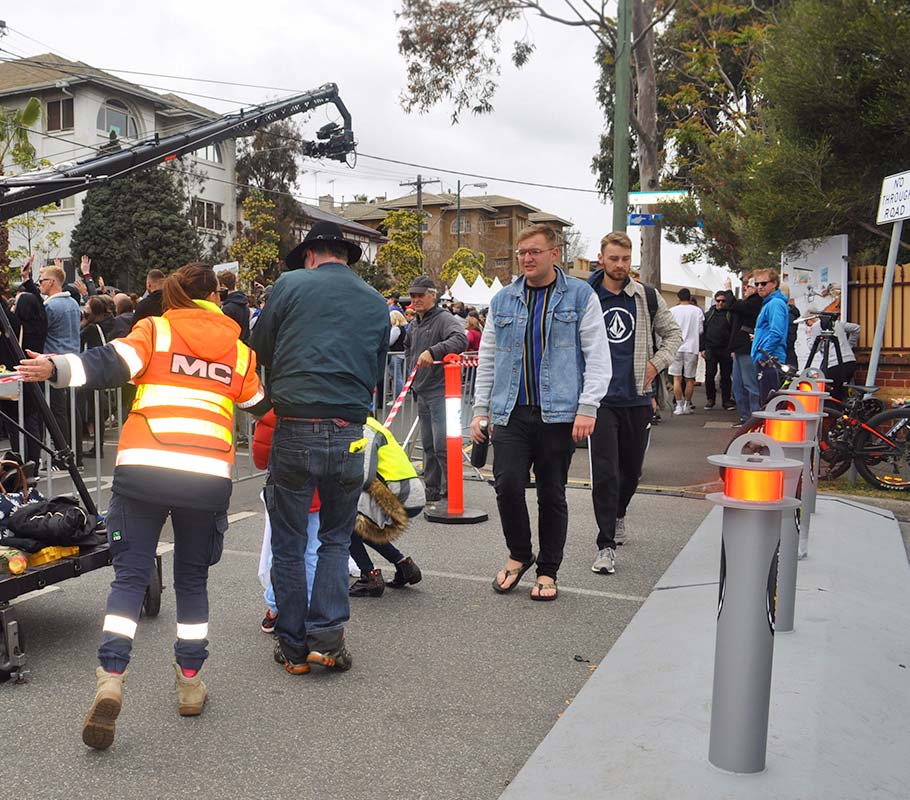 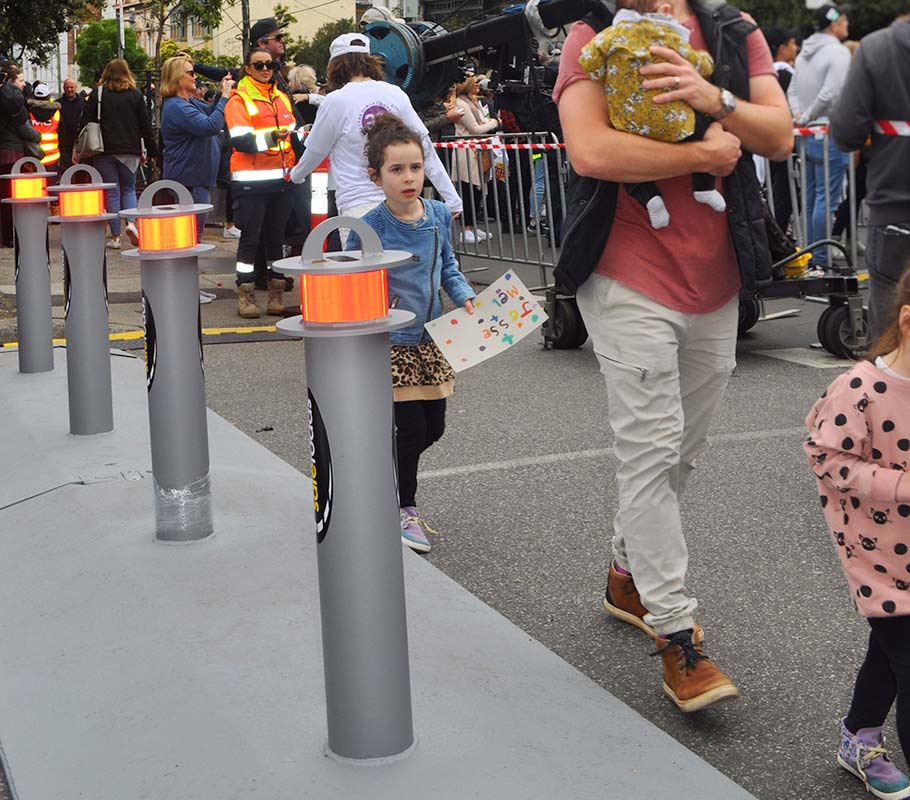